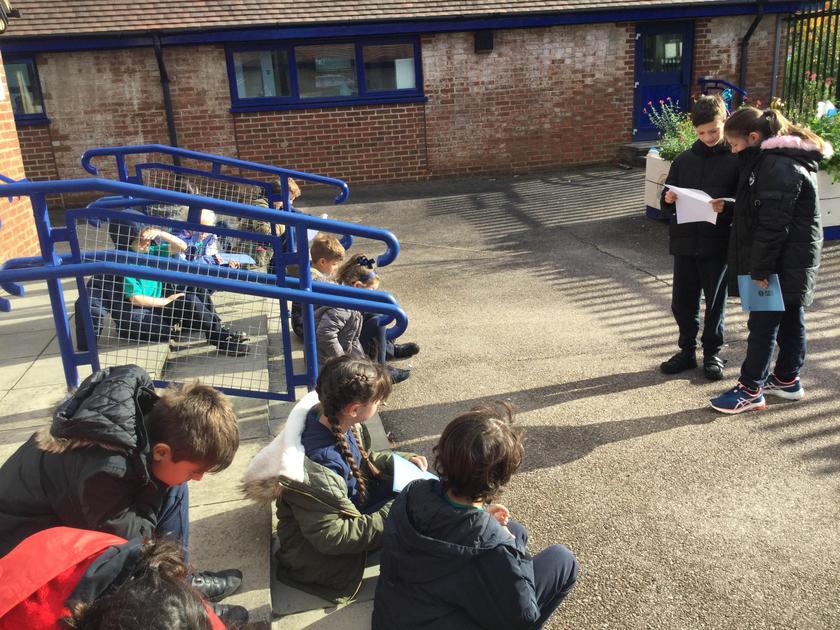 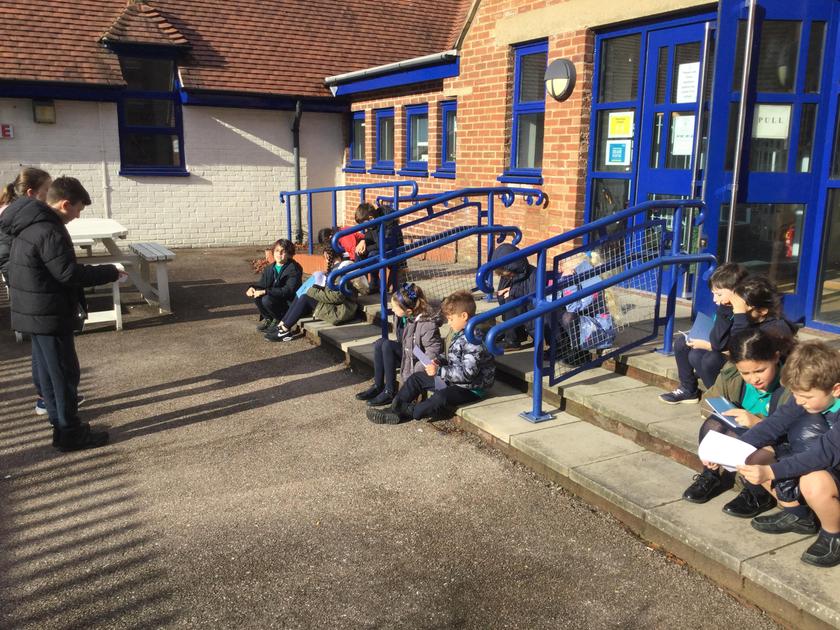 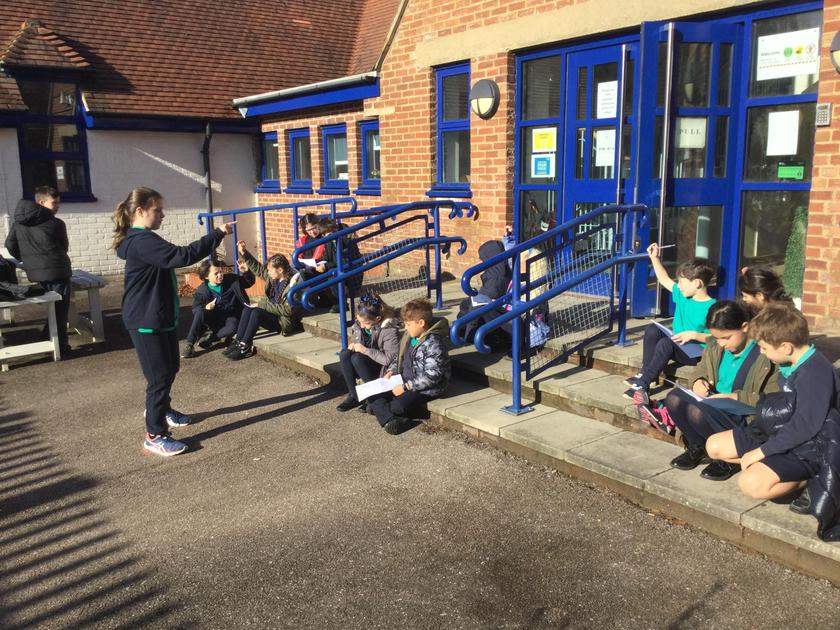 We discussed a number of charities that we could offer our support to this year at school and the School Council have voted for their top 3 which they will now present to classes to vote. We will let you know the final outcome and then discuss ways in which we can support that charity.

Here's what you need to know if you are in Years 1-5 and would like to be a part of the School Council 2020-2021. Prepare to present your short speech to your class (approximately 1 minute maximum) from Wednesday 14th October.

School council met to discuss elements of behaviour the children would like to work on improving in the school.

Feedback from the children says they would like to improve children's behaviour in the lunchroom and in the playground, specifically making sure children are aware of each other when using the buddy bench. This will be fed back to classes and systems designed to motivate children to continue to make positive and improved choices.

The trip to plant trees and consider how we can positively impact the local environment/community will be rearranged.

School Council met to review the meeting from last term. Not all children had a chance to ask their classes about rewards so will find out this week what rewards their classes would like as house point prizes.

Some ideas that were passed by school council were:

Bringing in toys from home for playtime

The councillors have been asked to find out what aspect of behaviour they would like the school to focus on improving.

Discussion over places where people feel unsafe. Most issues can be fixed by children being more aware of each other.

Year 3/4 girls toilets lock needs to be looked at. Mrs Lax to explore improving this.

Rewards - children to find out what sort of rewards children would like for House Point winners.

Reviewed the new toilets - Year 1/2 toilet doors work better. Now they are Cleaner and nicer to use.

Boys toilets by the playground - much better and cleaner. However, most the boys find the new sink too low.

Children were asked their views on behaviour, including bullying, and play times in the school.

Children were also asked about where they feel safe in school and if there is anywhere they do not feel safe. Last year we discussed this and children said they were worried other people might come in the toilets in Y1 and 2 as there were no locks on the doors so we discussed that we would use their answers to try to make other improvements to the school.

Children are going to find out from their classes and report back next week.

School Councillors reported back in the majority of classes that they would like an assembly to learn more about homelessness and they would like to organise a clothes collection too. Mrs Lax will look into arranging both of these things.

Mrs Lax shared crisp packet recycling idea of making crisp packets into foil blankets to protect sleeping bags from getting wet. School councillors thought this was a good idea. Mrs Lax to investigate further before they put this idea to their classes.

Counted money and supermarket vouchers brought in for Mitzvah Day - a huge total of £365.20 was brought in. Thank you to everyone for your support with this!

They are finding out from their classes if they would like an assembly on homelessness to understand more about the charities they are supporting. They are also finding out if the children would like to organise a collection of clothing for a different charity to the one we are supporting with the supermarket vouchers.

£183.10 was raised for Young Minds for World Mental Health Day.

School council met today to feedback on the meal ideas the children would like to have. Year 6 have now fed this back to Mrs Cohen and we look forward to integrating as many of the ideas as possible.

School council were pleased to hear that our fundraising for Mitzvah Day centres around collecting supermarket vouchers for our nominated charity Herts Young Homeless as this is what they had decided upon. An email has gone home to parents informing them of this.

What would you like to improve in our school?

More learning days, outdoor equipment for the field, more sports workshops, the wall colours, improving the toilets that haven't yet been done, having more artwork around the school, carrying on having lots of workshops.

It was felt that the biggest priority amongst the children was to improve the outdoor equipment for the field. Mrs Lax will explore options for grants to see if this can be made possible.

We also discussed the charities to support. Mrs Lax had done some research with different homeless charities. The school council voted to support Herts Young Homeless as they felt this was a local charity and they liked the idea that had been emailed back to Mrs Lax about collecting money cards for supermarkets to help them become more independent shoppers.Mrs Lax will work on coming up with some ideas for getting this started. They also liked the idea of collecting money for Centrepoint to sponsor a room. Mrs Lax to again see how this can work as a school.

Discussed supporting other charities - the school council felt that unless it was something exceptional, we would focus on just the homeless charity work this year.

Discussion Question 1 - What type of charity should we raise money for and support as a school?

Discussion Question 2 - What do we like about our school?

Answers included: displays, the climbing frame, the sporting events, having safe rules and being given choices, school lunches,  being able to raise money.

School councillors to understand their role - to ask their classes the questions and gather feedback to present at the next meeting.

Discussion Question for next meeting - What would you like to improve about your school?

Discussion Question 1 - What type of charity should we raise money for and support as a school?

Discussion Question 2 - What do we like about our school?

School councillors to understand their role - to ask their classes the questions and gather feedback to present at the next meeting.

What is a School Council?

A school council is a group of pupils elected by their fellow pupils to represent their opinions and raise issues with your headteacher and governors in the school. The school council can also take forward projects on behalf of the pupils, and be involved in planning and things like the School Development Plan, governing body meetings and interviewing staff.

To be effective, the school council must:

Our school council is made up of pupils from Year 1 - 6. Children from each class are democratically chosen at the start of each school year by their classmates to represent the views of their class at council meetings. It is a great compliment to those pupils that are chosen, as it shows that their peers have placed their trust in them.

During the year, the Council take part in a variety of activities which help to provide information about the well-being of our pupils and how to make our school a better place for everyone.

Unfortunately not the ones with chocolate chips.

Some cookies are necessary in order to make this website function correctly. These are set by default and whilst you can block or delete them by changing your browser settings, some functionality such as being able to log in to the website will not work if you do this. The necessary cookies set on this website are as follows:

Cookies that are not necessary to make the website work, but which enable additional functionality, can also be set. By default these cookies are disabled, but you can choose to enable them below: